Who doesn’t want to find that elusive audio component which performs way beyond its price point? Maybe in Japan, where I’ve read status carries a lot of weight among audiophiles, value is not as attractive. But this NJ audiophile has set aside his $2300 DAC and $4500 preamp and inserted the $1200 DSPeaker 2.0 (currently on sale for $1100 – July, 2013). It sounds just as good.  Really. That is, until you use its bass room-correction–microphone with long cable included–at which point it sounds much better.  This doesn’t happen a lot.  Those pieces I replaced were already compared with the competition and they themselves are good values.  What’s going on here with the 2.0 is rare.

The DSPeaker 2.0 will also measure your system/room frequency response from 20hz to 20khz. With some modestly priced or free sofware—I use REW (free) and JRiver Media Center ($50)–you can then see which frequencies to flatten, by how much, and then have at it.  I chose to improve my system’s frequency response using the parametric EQ in JRiver, but the DSPeaker has one as well.  My system now sounds more balanced from top to bottom, and I’m noticing background instruments and vocals that had been obscured.  Outstanding.

Drawbacks there are. This is, as I said, only $1200 for a preamp, DAC, bass corrector, microphone, and parametric equalizer. Inputs are scant. You get one USB, one toslink, and one single-ended stereo analog pair. But, remote controlled switchers, both the digital ones and the analog ones, can be had for about $100 and less. Or, you can just keep your current amplifier or receiver for switching. The 2.0 has both single-ended and balanced analog out, as well as toslink digital out. You must use the credit card sized remote to do anything, as there are no knobs on the unit. Of course, if you’re using an automated controller–if you’re not, what are you waiting for?–it can be programmed to control the 2.0.  This device isn’t, at present, ideally suited for automation though it is entirely workable as is.  I suggested suitable changes and was impressed by DSPeaker’s positive and prompt response.  The firmware is upgradeable.

If you put sound quality above all else, then considering the price, DSPeaker nailed it.  This is one of those over-achieving stereo components for which many of us scour equipment reviews.  Whether you have a limited budget or you enjoy getting a super bargain, this is one to check out. 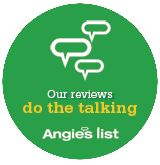